Swamp dragons, Lakers without any lakes and the trademarks of the NBA 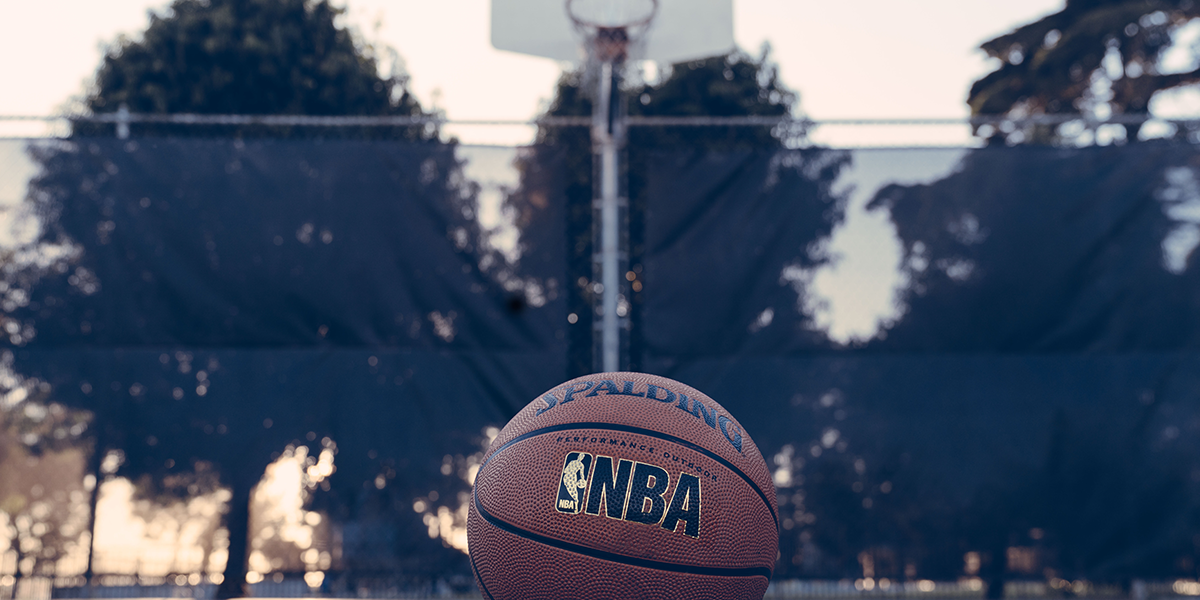 Trademark databases can provide a unique insight into the state of markets and innovation. It is often said that such information can allow market gurus to see into the future and what lies ahead in the market. But trademark databases can also provide an interesting insight into particular industries or subject matters. Trademarks in the ISIPO’s database can, for example, tell us a lot about the value behind the world’s most popular basketball league.

NBA trademarks receive considerable protection in Iceland. According to the ISIPO trademark search engine, 283 trademark applications have been filed in Iceland by the NBA. But why would an American basketball league decide to protect its trademarks in Iceland?

Trademark protection is important for most,if not all, sports leagues and teams today as their income is largely based on the sale of jerseys and other branded merchandise. But the NBA's trademark protection is in many ways unique. One of the interesting features of the registered NBA trademarks is that in all cases, the applicant is not individual teams but the league itself (NBA Properties inc.). The NBA’s role is considerably different and bigger than that of other sports leagues. It oversees the rules of the game and officiates,like most other leagues, but also regulates franchise ownership and markets its teams and players. . The NBA also manages a revenue sharing fund, where income from the biggest and richest teams is redistributed to smaller teams with less resources, which is not exactly typical for the traditionally capitalistic United States.

The uniqueness of the NBA and its brands

The uniqueness of the NBA and other US sports teams and leagues is largely due to the fact that the boundaries between the league and the teams are not always exactly clear. Instead of promoting or delegating teams, new teams are simply established when there is an interest and the necessary market conditions in a particular city or region. City authorities often play a major part by providing tax exemptions or even building stadiums to attract teams. Teams have also been known to simply pack up and move to a new city where there is believed to be more support and interest. As a result, team names (and trademarks) sometimes end up being rather peculiar, for example when the Minneapolis Lakers moved to Los Angeles in 1960. It’s rather natural for a team called Lakers to hail from an area such as Minnesota, which is often referred to as the “land of 10,000 lakes”. In Los Angeles, however, there are hardly any lakes. The same can be said for Jazz, the team that moved from the jazz capital of New Orleans, to Utah, which is not especially known for its jazz. A more recent example is when the Grizzlies moved from Vancouver to Memphis. Grizzly bears are widespread in the Vancouver,but one has never been seen in the history of Memphis. The team’s supporters didn’t mind and have taken a liking to the name, despite everything.

What is the value?

It’s hard to imagine this happening in other leagues or sports. What would happen if KR football club would decide to move to the town of Mosfellsbær? Or if Liverpool FC would move from Anfield Road to London? Then what is the value of a sports team that does not own it’s stadium and in fact has so few tangible assets that it can easily be moved across the country?

The answer lies in trademarks and other intangible assets owned by the teams. Although part of an NBA team’s income is certainly generated by ticket sales and television rights, a large part of their income comes from advertising agreements and merchandising sales all over the world, the success of which is mainly based on the team’s trademark, which is used to maintain the team’s image, history and reputation.

In this context, the team’s location hardly matters and there are virtually no limits to the revenue possibilities. In fact, the team’s results are often not even the main factor. This is evident on the list of the most valuable NBA teams,where the New York Knicks have been in first place for five consecutive years despite disappointing results on the court in recent years.

There is obviously great value in building up an NBA trademark and using it for marketing purposes. This is apparent when NBA teams are bought and sold. The main assets being purchased are not stadiums, equipment or other tangible assets, but rather the team’s name,contracts and intellectual property.

Diving into the database

You can’t help but feel a little nostalgic when browsing through the NBA trademark applications received by the ISIPO through the years. This is a treasure trove for design nerds, as you can clearly see how the team trademarks develop over time. In fact, the first NBA trademark applications in Iceland were filed only a month after the establishment of the Icelandic Patent Office on 1 July 1991. This was at the time when interest in the NBA was starting to grow in Iceland and legendary players like Michael Jordan, Magic Johnson and Larry Byrd dominated the league. Trademark applications were filed for the marks of all teams in the league, as well as for the trademark of the NBA.

Throughout the years, teams have moved,changed their logo and even adopted new names. During this time, the Patent Office (and now the Intellectual Property Office) has received an ever-growing number of applications to register trademarks of NBA teams, which now number 30 in all. However, there is one trademark application that is likely to cause NBA fans to scratch their heads.

In 1993 - 1994, the NBA League had agreed to add a new team from Toronto, a so-called “expansion team”, as in fact it’s possible to buy your way into the league and establish a new team (the amount was USD 125 million at the time). When it came time to select a name for the time, the choice was between the Dragons, the Huskies and the Raptors (which was eventually chosen). However,the owners of the New Jersey Nets liked the Dragons name and suggested changing the name of the team to the “New Jersey Swamp Dragons”. But the fans were not fond with the reference to swamps and although the alternative name of“Fire Dragons” was suggested (and the trademark registered in Iceland), the New Jersey team ultimately opted to retain the Nets name.

Another example of a peculiar NBA trademark registration in Iceland is the wordmark “2 BALL”. NBA fans might recall the 2-ball competition that replaced the Slam Dunk Contest in 1998. The competition was unsuccessful,to put it mildly, and was abandoned after only three seasons.

The fact is that not all trademark become valuable or popular. But why register these trademarks in Iceland? Whether the intention is to consider a new name for an NBA team, try out a new competition like 2 Ball or market a new product, these examples show the importance of timely trademark protection. Enormous value had been at stake if the name change for the New Jersey Nets had gone through, or of the 2 Ball competition had been successful, in which case marketing risk had been reduced by timely protecting the trademark in major markets, thus paving the way for merchandising sales and other business.

In recent years, NBA players have increasingly used the trademark system to protect their image and reputation.Michael Jordan paved the way in 1984 with his “Air Jordan” trademark, which is now valued at billions of Dollars. In recent years, other players have registered their name and other wordmarks that fans associate with them as trademarks. Examples of this include trademark applications for “The Process” (Joel Embiid),“Fear the Brow” (Anthony Davis), “Linsanity” (Jeremy Lin) and “TacoTuesday” (Lebron James), the last of which was refused by the U.S. Patent and Trademark Office for being a commonplace term.

The value lies in the trademarks

It may seem strange for the NBA to make efforts to  protect their trademarks in the relatively tiny country of Iceland. But the popularity of the NBA League in this country and around the world has created an opportunity for the NBA, as well as individual teams and players, to generate significant income. These activities are to a large extent based on the image and reputation of teams and players and the ability to use trademarks for marketing, in which case it is important to protect these assets in major markets. Where there is popularity,there are opportunities, and trademark protection can be the key to success.